Old model of agriculture is a drag on the economy, rural living. New farm laws offer a way out

The next revolution — Green Revolution 2.0 — will come through in-depth research, better investment opportunities and access to the market. The three farm laws are a revolutionary step in that direction. 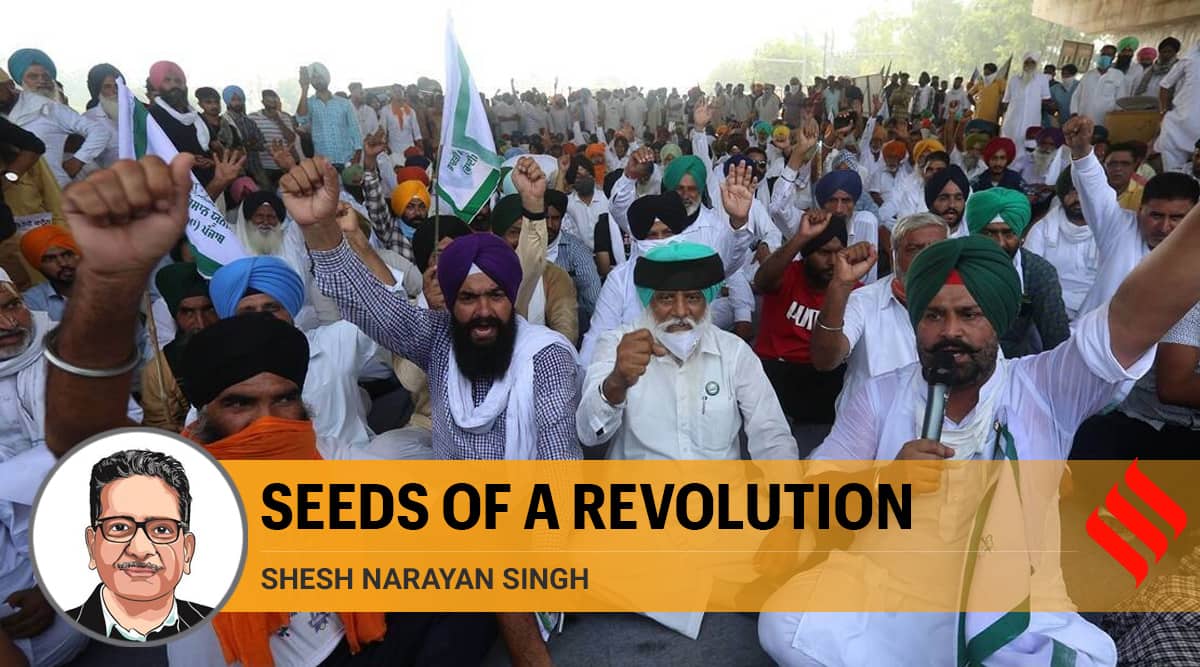 Farmers are protesting at the Delhi border. Most of the leaders are from Punjab and Haryana. A group of large landholding farmers from western Uttar Pradesh is also part of the protests. The farmers are dissenting against the three new farm laws.

In its 2019 election manifesto, the BJP had promised to create a countrywide market for the selling and purchasing of foodgrain and other agricultural produce. These laws are a crucial link in that direction.

It would be apt to discuss the historic need to have these laws for the betterment of the farm sector in the country. For the rich farmers of Punjab, Haryana and western Uttar Pradesh, things are different; but for crores of small landholders in Uttar Pradesh, Bihar, Rajasthan, Madhya Pradesh, West Bengal, Odisha, etc., it is now possible to feed their families.

Landholdings in many states have shrunk. In eastern UP, the cultivators are largely marginal farmers now. Generally, farmers with less than an acre of arable land are identified as marginal farmers. Small farmers are those with landholdings between 1 acre and 2.5 acres. In my village, all the farmers except two families are marginal farmers. It is difficult for a farming family to sustain themselves with just an acre of arable land. The farmer will have to explore other avenues to improve his financial position.

After Independence, there was no concrete effort to uplift the farm sector for almost two decades. After the China war, when India was standing at the precipice of economic destruction, Pakistan attacked India. There was an acute scarcity of foodgrain in the country. The then Prime Minister, Lal Bahadur Shastri, asked his agriculture minister, C Subramaniam, to do something. Subramaniam, with the help of M S Swaminathan, invited scientist Norman Borlaug to India, who had brought a revolutionary change in the farm sector in Mexico with his semi-dwarf varieties of rice and wheat.

Borlaug analysed the farm sector in Punjab and concluded that production can be doubled. But none of the farmers was ready to use his methods of farming. Then, Subramaniam promised the farmers that if they implement the new farming techniques, the central government will compensate them. This scheme was initially implemented in around 150 farm holdings with the assistance of Punjab Agriculture University, Ludhiana. Thus began the “Green Revolution”. Farm produce more than doubled, and, subsequently, all the farmers in Punjab and Haryana joined the programme. The Green Revolution worked on three fronts — better seeds, irrigation and optimum use of fertilisers. Soon, rest of the country’s farmers followed the lead of their brethren in Punjab.

After more than 50 years, now there has been some movement worth appreciating in the farm sector. The latest steps initiated by the Modi government could again usher in revolutionary changes in India’s agriculture sector.

When India opened up its market to the world in 1991, Manmohan Singh bid adieu to Jawaharlal Nehru’s policy of economic development based on socialistic principles and brought the country on the path to economic development. At that time, he had talked about major changes in the farm sector but could not move ahead due to coalition politics. Today, Narendra Modi is also talking about reforming the agriculture sector. The Congress party is against the reforms implemented by the Modi government. There is also a section of farmers who are opposed to the laws. Although this is political, it is pertinent to understand the sociological and economic aspects behind farm sector reforms.

The latest farm policy reforms of the government are also called agrarian transition development and were implemented in Europe and the US early on. Today, around 45 per cent of the country’s workforce is involved in agriculture. When India attained Independence, the contribution of agriculture to the country’s GDP was huge, which today has come down to around 15 per cent. The old model has been a drag on the economy as well as the villages.

To have a sustainable farm economy, about 20 per cent of the agriculture workforce must find better means of employment in cities. Ideally, they should be absorbed in the industrial sector. Today, India’s service sector is a big employer and these 20 per cent of farmers can be absorbed there. We cannot allow such a huge chunk of the population to be dependent on farming because if such a practice continues, the number of poor will continue to rise. Therefore, it is time to develop models of contract farming. It is an avenue to develop an organised corporate model of agriculture in the country. This, in turn, will speed up urbanisation in the villages and the development of industries and the service sector there. These sectors will be able to absorb the excess workforce in the farm sector.

Various views are circulating with respect to contract farming, but it is important to understand its structure and potential. For instance, if a village has a thousand farmers who have an acre of arable land, then, through contract farming, someone can sow crops on the entire 1,000 acres of land. The land continues to belong to the farmer, while on the other hand, he/she will earn the profit from the sale of produce generated from his/her part of the landholding. This also frees him/her to pursue other employment opportunities.

The Green Revolution changed the face of India’s agriculture through seeds, irrigation and fertilisers. The next revolution — Green Revolution 2.0 — will come through in-depth research, better investment opportunities and access to the market. The three farm laws are a revolutionary step in that direction.